Johnson and Trump are trying to create sovereign executives

Sovereignty is about where supreme authority lies in a society. For the first time in centuries, the American and British political systems are witnessing epic struggles between those who wish to usurp greater sovereignty for the executive branch and those who wish for sovereignty to remain vested in its traditional institutions.

An executive overthrowing the existing political order to increase its sovereignty has been a common modern political occurrence outside the Anglo-Saxon world. In the 20th century, France, Spain, Italy and Germany have each changed their sovereignty arrangements as a result of executives either usurping new powers or being defeated while attempting to do so. Almost all former colonies, especially those in the Arab World, experienced protracted struggles over their sovereignty arrangements in the lead-up to, and following, their decolonisations. Given our privileged history, the Anglo-American citizenry seems to be unique in its lack of experience, and hence knowledge, about how sovereignty operates in its societies. 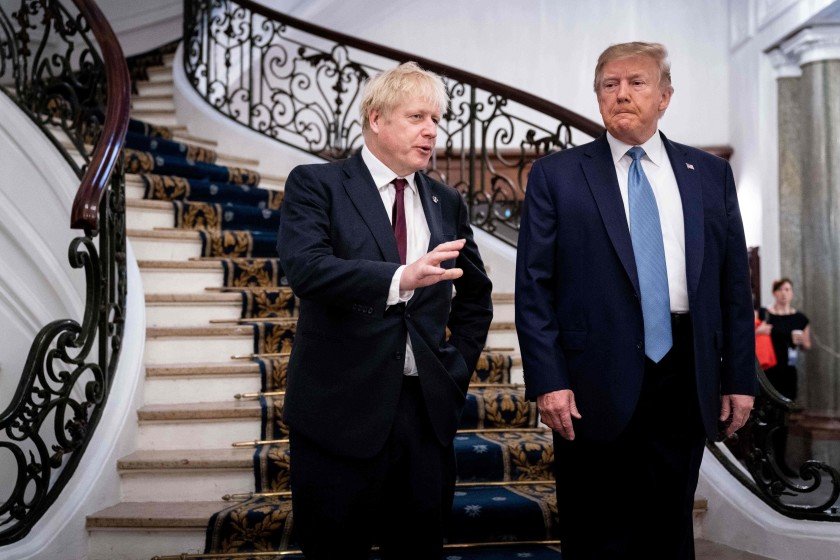 Make no mistake about it, American presidents and British prime ministers have frequently tried to increase their power. But they generally did so by expanding their authorities into heretofore uncharted domains. Never have they publicly argued that major powers previously beyond their reach should now fall under their prerogative.

President Donald Trump’s phone call with the Ukrainian president (attempting to solicit dirt on his domestic political rival) and Prime Minister Boris Johnson’s failed efforts to prorogue parliament and subsequent  remarks about possibly ignoring the Benn Act (which compels him to seek an extension on Brexit to avert ‘no deal’), constitute brazen efforts to exercise an expanded executive authority. 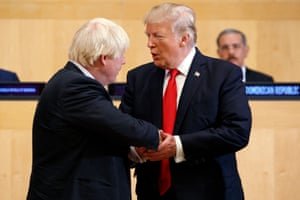 Trump has responded to the whistleblower complaint about the call and subsequent impeachment proceedings by doubling down – asking China and others to also dig up dirt on Joe Biden. This cannot simply be dismissed as “just the Donald being the Donald”. It is the president trying to rework the sovereignty arrangements of US society.

If these actions are allowed to stand, Americans and Brits will be living in societies whose executives have acquired full sovereign authority. Previous presidents and prime ministers have broken the law. But they did not do so to place the executive beyond scrutiny. Dictatorships the world over function with sovereign executives – and many of them became dictatorships when one actor usurped the sovereign privileges that initially rested with another branch of government.

The president is not, and has never been, the US’s sole sovereign authority. When the states ratified the constitution, they postulated (among other things) that the president does not have the right to conspire with foreign potentates against domestic opponents or to accept foreign emoluments. This is a hard and fast condition for his exercising the modicum of sovereignty the states have granted him. These and other limitations on his sovereignty are encapsulated in his oath of office. Violation of them constitutes a usurpation of the bounds of his existing sovereign authority. 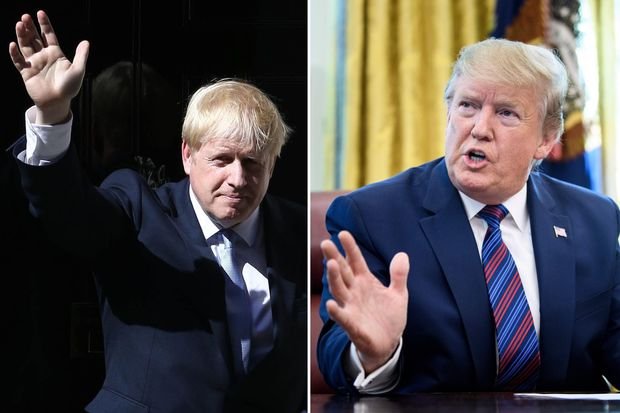 Despite the lack of a written constitution, in the UK it is even more clear cut: since 1689 sovereign authority has rested with parliament, not with the government (which functions as the executive branch) or the monarchy (which, bizarrely, constitutes an integral part of parliament).

Where sovereignty lies in a society does not usually affect how domestic or foreign policy is made. When institutions are working together for the national good – within their clearly defined roles – who can overrule whom is generally not relevant. But in times of crisis with different actors trying to usurp, leverage, or cling to power, who is sovereign over what – and therefore has the final say – is of the utmost importance.

In the 20th and early 21st centuries, the US and the UK faced moments of profound geopolitical crisis – WWI, the Great Depression, WWII, the Cold War, etc. And less frequently, they have faced crises over where sovereignty lies – Watergate, the Bush v. Gore recount and supreme court decision, the Parliamentary Act of 1911, devolution of certain powers from Westminster to the Scottish Parliament, etc.

These same governments are now tasked with making critical decisions: namely how, when and if to leave the European Union; and how, when and if to stand up to – or conversely to encourage – foreign attempts to interfere in electoral democracy. No broad popular consensus exists over how to confront these challenges and there is a struggle over who or which governmental body possesses the legitimacy to do so. Never before in modern Anglo-American history has a pressing geopolitical crisis coincided with a crisis over the location of sovereign authority.

Rather than seeing these times as totally unprecedented, Brits and Americans should realise that many other human societies pass through such times every couple of generations. The current power dynamics in Anglo-American societies may barely be recognisable to their citizenry, but they resemble post-revolutionary France at the moment Napoleon sought to take over, Weimar Germany debating the Enabling Act, or Italy during Mussolini’s March on Rome. They also have quite a lot in common with the Arab Spring countries in the wake of the uprisings or the current situation in Sudan. These are all cases where new sovereign arrangements have been worked out on the fly, as questions of war and peace, social unrest and territorial integrity have hung in the balance.

Citizens of continental Europe and the global South tend to grasp how fragile and precarious democracies are, while the British and American populaces tend to view theirs as secure and robust. It is unsurprising, therefore, that many are misdiagnosing their sovereignty relationships and accepting the justifications of leaders who say that their actions are simply business as usual. The UK and the US are facing systemic crises truly unparalleled in their history. Only a knowledgeable and informed populace can save them.